Get to know the town

Get to know the town

Count Per Brahe founded the City of Kristiinankaupunki on Koppö Island in 1649. Queen Christina who was at the time the monarch of the then Swedish Finland signed the city charter.

The new port town grew slowly at a pace of one or two people a year. A big push for growth took place in 1792 when the city was given staple rights and both trade and shipping began to grow rapidly. Kristiinankaupunki appealed to the bourgeoisie and the artisans. Ship building, seafaring, leather factories, breweries, fishing and various workshops raised the city to its bloom. The smell of tar emanated the air; storehouses were brimming with salt and chanteys echoed out of the taverns.

In the 19th century, the merchant fleet of Kristiinankaupunki was one of the largest in the country and the port was one of the busiest in the Gulf of Bothnia. Spectacular business premises and dwellings rose in the market and seaside blocks—the most impressive of which is the new City Hall, which was opened in 1856. At the beginning of the 20th century the city had over 4,000 inhabitants.

In 1973 the surrounding municipalities of Lapväärtti, Tiukka and Siipyy were linked to the City of Kristiinankaupunki. The population of the city is now 7,000 (31.1.2014) and the economic structure has changed. 55.8% of the population speak Swedish as their mother tongue while 41.6% are Finnish-speaking.

The city centre has changed its expression over the years but it still reflects the centuries of tradition in a unique way. It can be felt when walking down the narrow streets of the grid plan between the well-preserved wooden houses that were spared from the flames.

Come and enjoy the atmosphere! 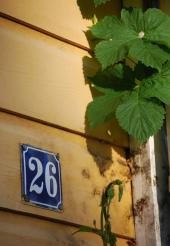 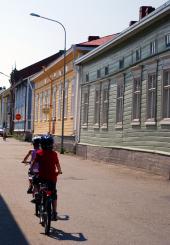 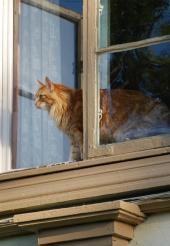